With 5 billion people projected to use mobile phones by 20171, it’s no wonder that market researchers are beginning to transition into the world of mobile surveys.

Traditionally slow to move and innovate, market research as an industry is now accepting that like the internet, mobile technology is here to stay. While mobile app development and perfecting e-mail surveys accessed through cell phones is not a cheap endeavor, more and more survey panels are trying to accommodate the ever-growing segment of mobile users.

There are a few types of mobile surveys, each with their own unique purpose. It should be noted that tablet users are typically grouped in with cell phone users.

Conventional mobile surveys – these can be in the form of simple surveys conducted via SMS (text message), or they can be elaborate and may include audio playback, video display, and images. They may also have the capability of capturing photo or video from the survey taker themselves. This might be requested for instance, if a survey asks that a picture of a product be taken while in use.

Mobile shopper surveys – these are special surveys where users can provide their feedback on a shopping experience, immediately after leaving a store. Questions regarding customer service, store layout and cleanliness, or products purchased, may be asked. In some ways, this can resemble a modern day twist on mystery shopping.

Mobile diaries – mobile diaries are assignments that can span a few days or even weeks. They often involve things like having the survey taker regularly relay their experiences about a product they frequently use. Or they may involve something like providing feedback on a gas station that’s visited regularly.

E-mail – some online surveys have been optimized for mobile devices. Survey takers who receive an e-mail notification of an online study via their phone will often attempt to complete the survey through their mobile browser. Although most online surveys are not optimized for mobile use, some e-mail invitations will state the survey is compatible with mobile devices, and an alternative link to the survey, specifically for cell phone users, may even be provided. 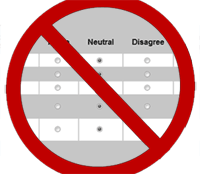 Like traditional online surveys, market researchers can utilize a variety of question types when conducting mobile surveys. These include multiple choice questions, slider questions, open ended questions (where the survey taker types their own response), ranking questions, and more. Grid style questions (which many survey takers dislike) are not typically featured on mobile surveys due to their complex nature and poor display on small screens.

For market researchers, the benefits of conducting research via mobiles is obvious: getting a pulse on a product or service, at any time, and in any place where there are survey takers.

Interestingly, some people in developing countries might find it difficult to access a computer to take traditional online surveys, but mobile device use in such countries is often much more widespread and relatively inexpensive, making mobile surveys the preferred way to conduct market research.

For survey takers, cell phone surveys offer the opportunity for shorter assignments (rarely are mobile surveys longer than 10 minutes in duration…in fact, some surveys might only be one question long!), surveys tend to be more visually appealing, it’s easier to be notified of opportunities, and surveys can be taken from anywhere. Some survey takers may prefer to take surveys this way, as they can be difficult to get a hold of otherwise, especially in the case of frequent travelers. When a market research panel has a mobile app available, it’s very easy to install, and get started as a new survey taker.

Another benefit to mobile surveys, especially when accessed via an app, is that they are device-optimized. While online surveys might require special software such as Adobe Flash Player or hardware such as a webcam or microphone, mobile surveys utilize a responsive design that can easily adjust to different screen sizes. As they are built specifically for Android users (and available through Google Play) or for Apple users (and available through iTunes), they tend to display correctly and with fewer glitches when compared to online surveys.

To easily find survey companies who offer mobile surveys, you can use SurveyPolice Pick-A-Perk.

Simply visit Pick-a-Perk,and scroll down to the bottom and check the ‘mobile surveys” box under ‘What kind of research do you want to participate in?”. This will render a list of all mobile survey providers listed on SurveyPolice who are available in your country. Alternatively, simply click the button below.

Or, if you’re specifically looking for cash or similar rewards for your participation in cell phone surveys, check off the “mobile surveys” box on the bottom of the same page, but also check the boxes above for the types of rewards you’re interested in earning. You might wish to select cash paid by PayPal, Amazon gift cards, or whatever you desire.