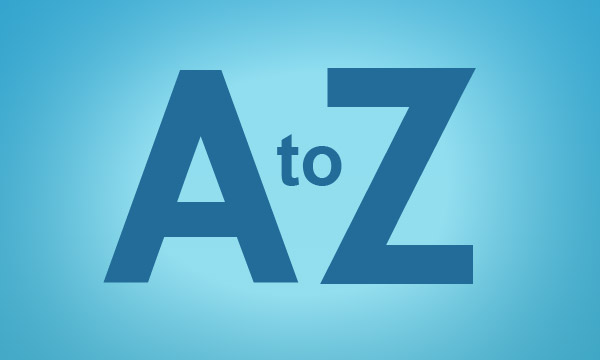 The following is a glossary of commonly using marketing research terms. It by no means complete, but does provide an overview on marketing terminology.

ACORN – Acronym for “A Classification of Residential Neighborhoods”. Used to classify neighborhoods using variables such as demographics, housing types, etc.

Attitude – The way in which people think and behave towards each other and things.

Average – A mathematical term that is used to represent a number that has been calculated by adding several figures together, and dividing the total by the number of figures added.

Closed Question – A question with only a yes/no possibility for a response. Ex. Do you have a mortgage?

Competitor Research – Research conducted into the existing or potential competition of an organization. Areas explored include competitor’s strengths and weaknesses, customer base, and competition reaction.

Consumer – A person or organization who purchases goods and services.

Consumer Panel – A group of consumers who provide feedback on the products/services they have used in order to facilitate better product development or new advertising initiatives.

Consumer Research – Research conducted to identify why consumers buy goods or use services, and what their future buying habits may be.

Consumer Survey – A survey conducted to identify existing and potential demand for a product or service, be it new or existing.

Control Group – A group of people which is used as a cross-reference check for a sample group.

Extrapolation – The process of applying primary research results to the entire potential market in order to find the market size for a product or service of a potential market.

Focus Group – A group of people who are brought together to informally discuss a market-research question. These individuals are usually contacted by a marketing research company, on behalf of another company.

Margin of Error – The number of errors acceptable in a survey. Usually expressed as a percentage.

Market Area – A geographical area representing a particular market. For example, an area where the Internet is used.

Market Development – The search for new markets for a product or service, using a method of information gathering.

Marketer – A person or company that engages in marketing activities.

Multiple Choice Question – A type of question which lists different types of answers. Usually limited to 5, so as not to overwhelm the respondent.

Open Questions – Questions in which no options for response are given, as many responses are possible. These types of questions are used to facilitate new ideas for an organization. Ex. Who is your favorite politician?

Opinion Leader – A person who’s opinions particularly influence others in society. Examples include celebrities and politicians.

Opinion Poll – Asking a sample group of people what their opinion is on a particular topic, so as to guess the opinions of the whole population. Sample group is usually selected using the SRS (simple random sample) method.

Panel – A group of people (usually consumers) who provide feedback on marketing problems.

Pantry Check – A survey method whereby a sample of households tracks the purchases they have made during a given period of time. Recently the introduction of wireless barcode scanners has made this process less tedious, and more convenient for households.

Personal Surveys – A one-on-one, in-person survey between a respondent and interviewer. Popular in public places such as shopping malls.

Poll – Asking a group of the population how they feel about a particular topic.

Population – The number of people who live in any given area including a neighborhood, city, State, country, etc.

Postal Survey – A survey method in which a printed questionnaire is produced and is sent by mail to respondents for them to fill in and send back. Postal surveys traditionally have a very low response rate.

Sample – noun A small group which is studied to represent a larger group.
verb To ask a representative group of people questions to find out what the reactions of a larger group would be.

Sample Size – The number of people used for a survey.

Sampling – The testing of reactions in a small group of people, used to represent the attitudes of a much larger population.

Sampling Error – The difference in results between what a small sample of people think and what the results would be if the entire population were surveyed.

Sampling Point – The place at which sampling is conducted.

Scale Question – A question where a scale is used for purposes of rating something. Ex. Would you rate your health as excellent, average, or poor?

Semi-Structured Questionnaire – A questionnaire often used in business to business research where a large range of responses are anticipated. They include the use of a combination of open questions, multiple choice, true false questions, and scale questions.

Structured Questionnaire – A questionnaire used in large surveys where specific answers are anticipated. They include the use of multiple choice and scale questions.

Telephone Surveys – A survey conducted via telephone where potential respondents are called by an interviewer to answer questions.

Unstructured Question – A questionnaire used for technical/specialist markets where in-depth questions are asked with the intention of accumulating a large variety of responses.