The digital currency Bitcoin has made headlines over the past few years, heralded as a revolutionary new way of sending and receiving money. With many advantages over traditional currencies, Bitcoin’s popularity continues to rise as it makes its way into the mainstream (including being official legal tender in Ecuador).

Although may people opt to purchase bitcoin, there are ways of acquiring it without buying it or mining for it yourself. One of these ways is by completing online surveys.

» Skip ahead to find survey sites that offer Bitcoins

Bitcoin is an open-source digital currency which makes it easy to exchange and transfer money at a low cost. Transactions are recorded using a shared public ledger called a block chain. Bitcoin does not have one administrator or central repository and it is outside the control of governments. Transactions are made between Bitcoin wallets (i.e. users) using private keys (secret pieces of data) to prove ownership of wallets and to prevent alterations of transactions.

People from around the world use Bitcoin for a variety of different reasons. Here are some of the obvious reasons for using the currency:

How to use and get paid by Bitcoin

You can transfer your Bitcoins from your own Bitcoin wallet to another person’s wallet. Although some retailers accept Bitcoin, most retailers have been fairly slow to adopt the currency. Services such as Snapcard fill this gap, and act as an intermediary, allowing you to make online purchases with large retail outlets using Bitcoin.

How to open a Bitcoin wallet

In order to get paid or sell Bitcoin, you will have to have your own wallet which will enable you to manage payments associated with your Bitcoin ID. Coinbase is one such wallet provider and is reliable, straightforward, and free to use. Similar to currency exchange services, they charge a small fee (called the “spread”) when you buy, sell, or transfer your wallet contents.

After you receive bitcoin, you can transfer it directly to your bank account or PayPal account. These options vary by country, but are simple to set up. With Coinbase, you can also buy Bitcoin, Ethereum, Litecoin and dozens of other cryptocurrencies via your bank account, or using a credit card.

How to earn Bitcoins taking surveys

You can earn Bitcoins by participating in surveys and by joining reward websites. Although we are only aware of a couple pure survey sites that directly offer Bitcoin, reward sites allow earning opportunities through various activities such as completing micro tasks, filling in offers, referring friends, watching videos and more.

The following is a list of bitcoin survey sites: 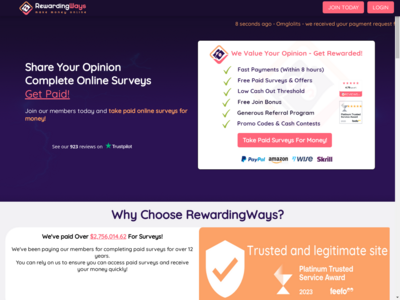 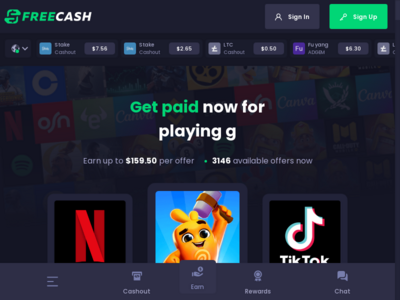 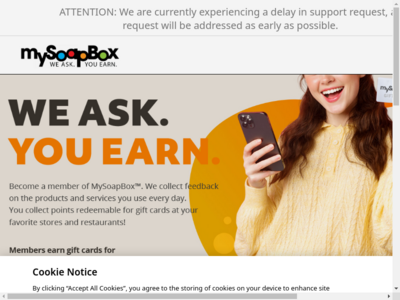 MySoapBox
Take paid surveys and participate in product testing in exchange for points. Redeem your points for Bitcoins in denominations of $5-$25 USD. Available internationally, but people living in the USA will have the most success with the website. 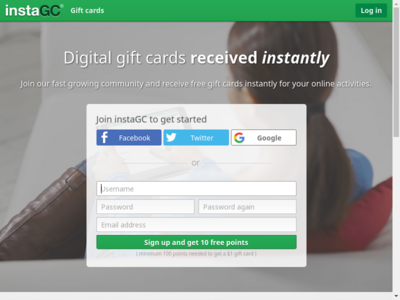 instaGC
Complete surveys, watch videos, do small tasks, and refer friends in exchange for points. Redeem your instaGC points for bitcoin by providing your Coinbase email or Bitcoin address. The amount of bitcoin you receive will be based on what it’s trading at for that day and will be stated. 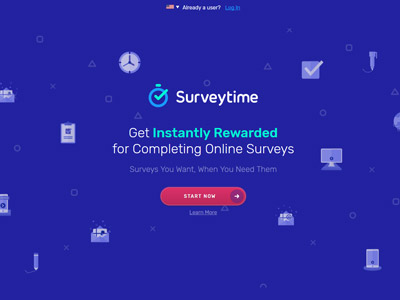 SurveyTime
SurveyTime offers a flat $1 for every survey you complete. There are no panels to join or complicated points systems to figure out – simply take surveys on their platform and get paid instantly after completion. Request your payment in bitcoin, which will be awarded via Coinbase. Available internationally. 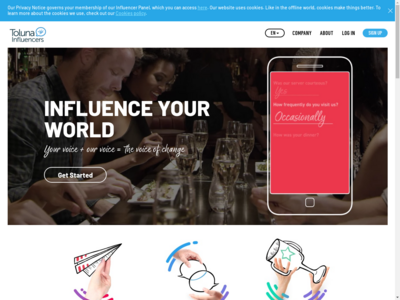 Toluna Influencers
Complete online surveys via your desktop or through the Toluna mobile app in exchange for points. USA members can earn bitcoin in denominations of $20, which is paid via Mybitcards.com. Opportunities to complete daily surveys available.

Leave a Reply to Renegade X