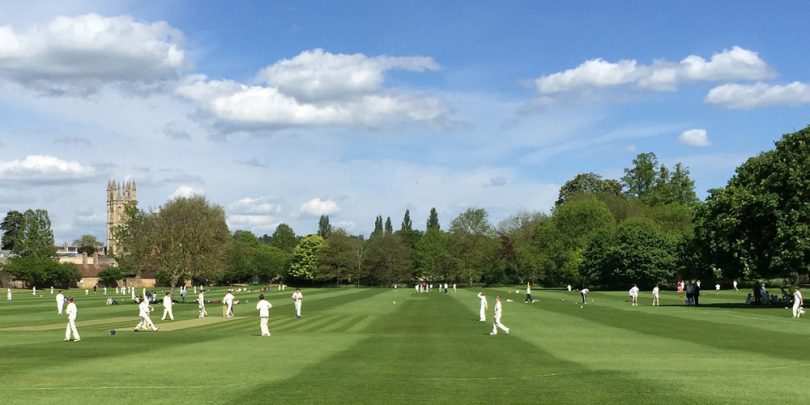 These days, consumer surveys are commonly underestimated in their perceived usefulness and are mostly thought of in the context of improving something specific about a brand or business.

It may then, come as a shock that consumer surveys were directly attributable to the improvement of the entire sport of cricket in 2001. The results of market research surveys sparked the creation of T20 cricket in 2003, which arguably saved the sport from its steep decline.

Cricket was born in England in the late 16th century and is regarded as the nation’s national sport.1

However, it had never been particularly easy for local county sides to sell out their matches – even those with modestly-sized stadiums. In the five years preceding 2001, attendances had dropped by 17%2 – and marketing bosses had seemingly no idea why.

Worse yet, they were stuck for ideas as far as how to attract new people to watch their team’s matches.

Back then, there were two main forms of the game:

The problem: fans were becoming increasingly disinterested in both forms of the game.

Stuart Robertson, who was England and Wales Cricket Board (ECB) marketing executive at the time, took it upon himself to try and figure out a solution.

Recognizing the power of opinion surveys, he approached terrestrial broadcaster Channel 4 and the ECB to persuade the companies to fund a massive market research program, with the aim of discovering nationwide sentiment towards the game.

The £250,0003 (approximately $350k USD) program initially consisted of 30 focus groups, followed by thousands of consumer surveys. Some 4,500 surveys were delivered directly to households.4

The ECB was particularly keen to talk to focus groups containing children, female and ethnic minorities, as these were identified as demographics which were under-represented at cricket matches. Participants were asked a series of questions to gauge their opinions on cricket, how often they attended matches and why they didn’t attend more.

In their interviews, the following criticisms were regularly made: 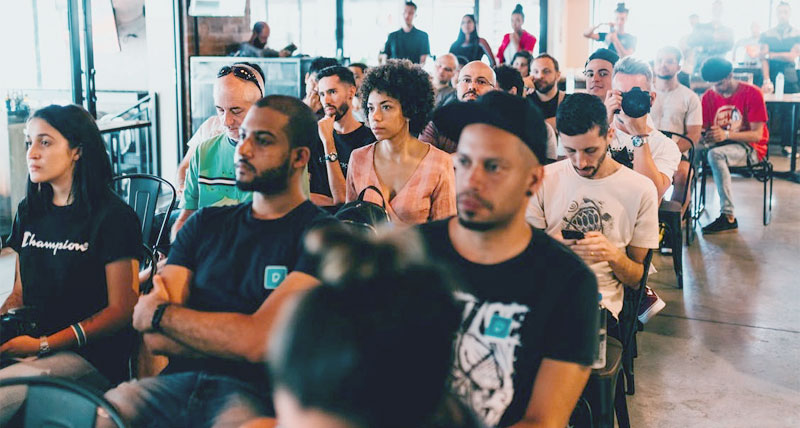 Based on these focus group results and recognizing that the format of cricket matches seemed to be a common criticism, the ECB went to work and constructed a series of consumer surveys. These surveys asked people if they’d be interested in attending a match that lasted less than three hours and that would begin in the evening after traditional work or school hours.

The idea proved to be overwhelmingly favorable among the survey’s participants – especially those in the under-represented demographics that the ECB knew would be key to injecting new interest back into the sport.

Indeed, the survey indicated that there were around 19 million UK residents who neither loved or hated cricket. Around half of these had never attended a match, or attended infrequently.2 The possibility to reach a huge market of potential new fans suddenly seemed conceivable.

In hindsight, it might be surprising that the idea of shorter games at more accessible times wasn’t thought of sooner.

Robertson took his findings to English cricket’s decision-makers, hoping that they would agree that shorter matches were key to attracting new fans, but he faced fierce resistance.

County chairmen and other key names were particularly worried that a shorter form of cricket would cheapen the traditional game.

However, others were behind the idea and marketing chiefs from all county clubs were unanimously in favor of tweaking the game in the name of keeping cricket alive.3 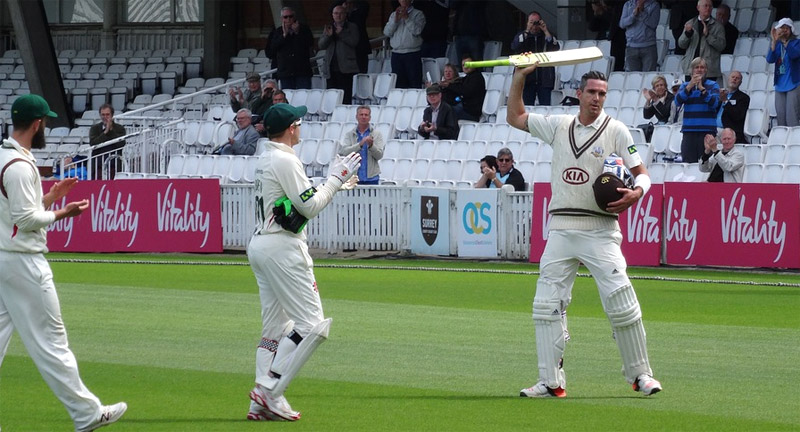 Before this new version of cricket could be played professionally, a few new rules needed to be introduced. Robertson was tasked with organizing trial games, making trial rules and putting together a committee to decide what worked and what didn’t.

The committee was keen to create a more exciting experience that would appeal to a broader new audience, but they were also leery of veering outside the traditional game too much and seeming too gimmicky.

A few rules that were experimented with in trial games, but ultimately didn’t transfer over well into professional T20 games included:

These rules were both scrapped and T20 cricket eventually became a simplified 20-over version of a traditional one-day game, albeit with plenty of bells and whistles; pop concerts and other entertainment would be available in and around the stadium, music would blare over the sound system after every boundary and over and the teams would sit in dug-outs next to the boundaries.

Most importantly, each team had less time to maximize their score, so batsmen would take more risks, resulting in a more entertaining game in a more digestible time period.

An explosion in popularity 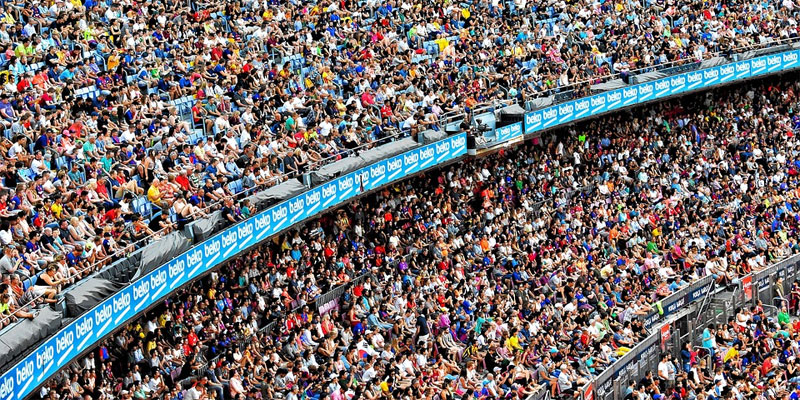 The Twenty20 Cup officially replaced the 50-over Benson & Hedges Cup in 2003 and attendance skyrocketed.

The semi-finals and final were played at Trent Bridge on July 19, 2003 and tickets sold like wildfire. The game was won by the Surrey Lions.

Prior to that historical event, an average of 5,327 fans attended Twenty20 Cup matches, compared to an average of just 1,511 fans in attendance for the previous year’s Benson & Hedges Cup.5 The tournament, now known as the T20 Blast, remains popular in England to this day.

This explosion in popularity in the very birthplace of cricket, makes it conceivable that the game will continue to rise in popularity around the world.

More recently, the popularity of the T20 format in Australia – and particularly in India – has exploded into something larger than even Robertson could surely have imagined.

IPL (Indian Premier League) teams now receive incredible amounts of money from broadcast deals, sponsorships, ticket and merchandise sales, such is the love for the format in India. With their brand value topping six billion dollars6, they can afford to pay mega-salaries to the world’s best players. These players flocked to India in droves, expanding the popularity of the IPL even further.

Over one billion strong 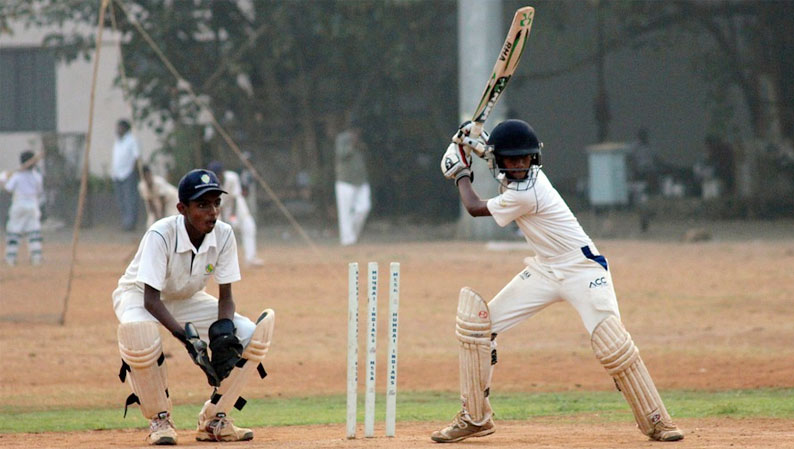 While test matches still have a place in the hearts of cricket purists, it’s hard to deny that T20 is now the most popular form of the game.

T20 cricket hasn’t just improved attendances in countries where the sport was already popular – it has also brought cricket into mainstream knowledge elsewhere. There are currently 82 nations7 that have played international T20 cricket matches in the last four years, compared to just 12 test-playing nations.8

In 2018, The International Cricket Council (ICC) conducted market research of its own to determine the global popularity of T20 cricket. It estimated that there are now well over one billion self-proclaimed cricket fans across the globe.

It might be hard to fathom that modern day cricket ultimately spawned from one large consumer survey program.

Back in the late nineties, Robertson recognized the power of asking the right people the right questions and harnessed those answers to create the game of cricket that people ultimately wanted.

In fact, the most recent worldwide ICC survey revealed that 39% of fans across the world are female, making the original efforts to appeal to a new demographic, clearly a success.

In an interview about the success of T20 cricket with cricbuzz.com, former Hampshire chairman Rod Bransgrove reminisced on how many chairmen were on the fence about the idea:

“Stuart (Robertson) did well to get any resource to research non-members, because the normal way to find out if a change was acceptable in cricket was to ask the 100,000 people or so who had a stranglehold over the game through the county chairmen who really saw their role as representing their members.

They hadn’t considered that by representing their members, they were necessarily limiting the scope of the game.”

Perhaps unsurprisingly, Robertson has gained cult legend status within the game of cricket, although he has always remained modest about his contribution and had no financial stake in its success.9

Looking back on the success of his brainchild in an interview with cricbuzz.com, Robertson said: “Ironically my children are of a similar age to T20. And to see them all grow up has been amazing…It’s literally helping to introduce something into the world and see it develop and mature and to move on. Proud is the overwhelming adjective.”