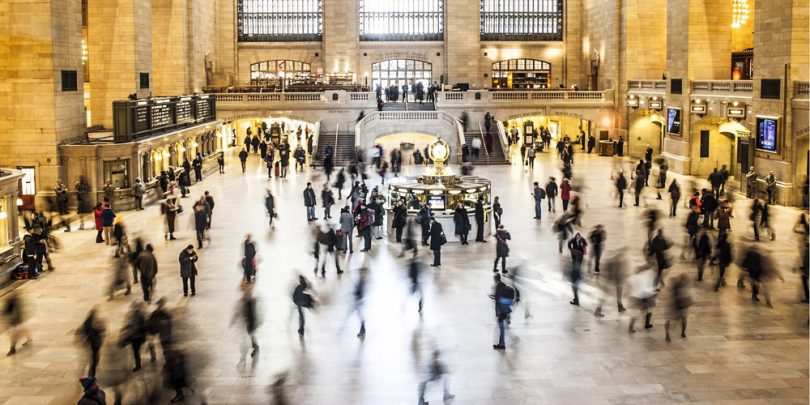 Some survey panels are difficult to join, as they place restrictions on the types of new members they’ll accept. Others pay poorly for survey completions, and seem unapologetic about the high payment thresholds they have in place for members to redeem their earnings. This poor treatment by market research companies might lead you to believe that panels don’t need to treat their members well, as there are just too many survey takers willing to take surveys for next to nothing.

Why some panels are difficult to join

Although it would appear that gen-pop panels (general population panels) should mirror the general population and demographic makeup of a country or a group of people, and should always be recruiting new users, no matter the type, this isn’t always the case. Certain demographics may be restricted from joining, because the panel has enough members from a particular sex, age, income bracket, etc., and they need people from other demographics in order to balance out the panel.

New members wishing to join such survey programs, but who are prevented from doing so, might take offense to this. But the reality is that if such panels take you on as a member, you might end up waiting long periods of time before receiving any surveys – something neither you nor the panel would be happy about.

An example of a panel that can be notoriously difficult to join is Pinecone Research. At a pretty standard earnings per survey rate set at $3 (£3 in the UK), many people itch to join Pinecone. But Pinecone places these restrictions in place and doesn’t allow everyone to join.

That said, almost all panels continuously recruit new members, and demographic restrictions on joining change frequently; the demographic imbalances of panels fluctuate, people cancel their memberships, members may stop taking surveys for months at a time, they become unavailable, and occasionally even die!

Some survey panels, including Pinecone Research, regularly “refresh” their survey panel, meaning they close some of the accounts of existing members in order to make room for new ones.  Members of such panels who are suddenly unable to log in to their accounts, or are notified that their accounts are no longer valid, get, understandably, pretty upset. In this case, joining Pinecone Research can be difficult in itself, so it’s no wonder that loyal panel members take offense when after a few years of providing opinions, it feels as through they are no longer wanted.

Dealing with the boot

If you are removed from a panel, don’t take it personally; you can always re-apply in a year or two, and take comfort in knowing that your account was most-likely, randomly selected. Remember that panels who are especially in high-demand by survey takers to join, don’t want their panel’s size to expand a point where they don’t have enough surveys to go around…they want to be sure their survey takers are contacted regularly, without going for months without hearing from them. It’s all part of the process, and thankfully there are hundreds of survey panels who would love to hear from you.

The bigger the panel, the worse the rewards

This is both true and false. Indeed, market forces come into play with big panels as they generally don’t have to pay a premium when their database of survey takers is so large. But small panels have their own issues.

Small panels have fewer projects, longer payment processing times, and it’s often harder to attain the minimum amount required to claim rewards. So although larger panels have many survey takers, they also have more clients than small panels, and therefore more specific clients demands to fulfill, so their need for new members is not unlike smaller panels.

Why incentive amounts can be so low

The need for market research is continuous, but it’s never been easier to start a survey panel, meaning there are more competitors than ever in the space. Panels constantly bid on research projects, hoping they’ll land a big client.

Unfortunately, many panels don’t have enough regular clients, the clients they do have want research done at bargain basement rates, budget sizes are often tiny (which panels then have little left to pay their members with), and clients who pay well may have very difficult needs to fulfill (think targeting very specific subgroups like 18-35 year-old Canadian expats living in the USA who smoke).

All of these factors influence how much panel members are paid per survey, and as research becomes more and more pervasive (reaching people who in the past, might not be interested in taking surveys), costs are driven downward.

What to do and how to maximize your earnings

First off, don’t worry about other survey takers and whether there are too many or not enough when deciding to join a panel. It’s difficult to gauge the size of panels, and as they grow and shrink in size daily, this changes over time anyway.

Focus on the survey panels that work for you. If you’re new to survey taking, take a look at our top user-rated survey panels to join survey sites that have good reputations. For the panels that you are already a member of, ensure your profiling information is up to date. Take surveys you think pay fairly, and minimize your frustrations by joining panels who award points even if you’re disqualified from taking a survey.